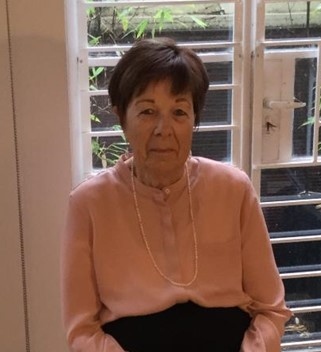 Roberta (Bobbie) Blanc--mother, musician, anthropologist, world traveler--died at age 88 on March 19 at Swedish Hospital in Englewood, CO, after suffering a stroke earlier in the week. She passed peacefully surrounded by loved ones.

Bobbie was born Roberta Carolyn Roe in 1933 in Denver. She was graduated from East High School in Denver and subsequently attended Colorado State University. In 1952 she married Air Force Sergeant Warren Blanc of Staten Island, NY. While pregnant with their first son, Bobbie joined Warren where he was stationed in Newfoundland, Canada, giving birth there to Glenn. After Warren’s discharge from the Air Force, the family made their home in Denver, where sons Scott, Chris and Warren (Chip) were born.

While caring for her growing family, Bobbie continued to pursue her passions for history, music and travel. After the boys were grown, she resumed her studies at Metropolitan State College in Denver, graduating in 1988 with a bachelor’s degree in anthropology and a minor in music. She spent many hours volunteering on archeological digs, and working behind the scenes at the Denver Historical Society, Denver Art Museum and Denver Museum of Nature and Science.

She also enjoyed a lifelong love of music, first taking up the string bass, and later the recorder. She played weekly for years with her local recorder group, The Artyfacts, which met in the office of a chapter member employed at the Denver Art Museum. In addition, she sang in the choir at St. Barnabas Episcopal Church and appeared in the chorus in many Gilbert and Sullivan productions with Denver’s Empire Lyric Players.

As a participant in Elderhostel, later renamed Road Scholars, Bobbie discovered new outlets for learning and travel. In addition, she participated regularly in historic walking tours across the British Isles.

St. Barnabas Episcopal Church was Bobbie’s lifelong spiritual home, beginning as a young girl when her family lived just a few blocks away. Over decades, Bobbie, Warren and their sons served as volunteers there. In 2011 Bobbie completed a two-year program of theological education through the University of the South School of Theology.

Roberta is survived by her four boys, their spouses and eight grandchildren. She was predeceased by her husband Warren in 1994, very soon after the final Colorado Recorder Festival that she helped organize. A memorial service in Bobbie’s honor will be held at St. Barnabas Episcopal Church on June 6, her birthday. In lieu of flowers please send donations to St. Barnabas in her name.

Since the early 1970s, Bobbie was a member of the Denver chapter and a compassionate friend of all who knew her. Active on many chapter committees, Bobbie was always there, ready to help others at chapter meetings, workshops and special events.

In addition, Bobbie should be remembered by those who taught at or participated in the summer Colorado ARS Workshops (later called the Colorado Recorder Festivals) from 1980 to1994. Bobbie was the unpaid Workshop Coordinator, who took care of the business end of these events. Like with the chapter, she was always there--from the early planning stages, during the busy workshop week, and picking up the pieces afterwards, ensuring that these workshops always ran smoothly.

I had known Bobbie only briefly (as a bass fiddle player in our orchestra at East Denver High
School) before she enrolled in one of my recorder classes sponsored by the Denver YWCA Wives program. Bobbie and I immediately became close friends.  Through the years, she played recorders recreationally and in performance with several local groups, including Les Trouvères, and The Fontegara Consort. She will be missed.

Nancy Buss passed away in her home in Atlanta on May 18, 2022.  Nancy worked tirelessly to promote playing the recorder, which included serving on the ARS Board of Directors from 2010 to 2016.  Originally from California, Nancy moved to Atlanta when her husband Martin accepted a teaching appointment in the theology department at Emory University.  Martin lovingly attended almost every concert for the groups Nancy was in.  In addition to being deeply involved with her church choir, Nancy performed in Lauda Musicam of Atlanta, and Emory Early Music Ensemble, as well as with the group she eventually led as music director, Emily’s Consort.

Nancy and her mentor Emily Adler founded the Atlanta chapter of the American Recorder Society in 1980.  She also served the recorder community by reaching out to senior citizens and retirees and teaching them to play.  The group Emily’s Consort met in Adler’s senior living center and it was open to practically any senior or retiree who would like to meet and play.  Many people learned the recorder and became part of the recorder community via this group.  When Adler became unable to lead the group, Nancy took over as leader.  The group continued to flourish under her direction.  Nancy continues to be a lasting influence on those who learned from her and played music with her.

A Tribute to Nancy by a former fellow Board member:
I am sad to hear of the passing of Nancy Buss.  Nancy served for many years on the ARS Board of Directors and was a valuable member.  I worked closely with Nancy on the ARS Governance Committee.  I was impressed by her commitment to the board (I don’t believe she ever missed a board meeting), her intelligence, and her belief in ARS’s mission.  Nancy worked hard, in her own quiet and unpretentious way, and happily accepted or volunteered for any task, which she would always complete in a timely and proficient manner.  She had a keen grasp of governance issues, learned quickly, and made important contributions to the overhaul of the ARS policy book.  Nancy was a dear person — kind, friendly, gentle — and an utmost pleasure to work with.  She will be missed.
--Submitted by Matthew Ross 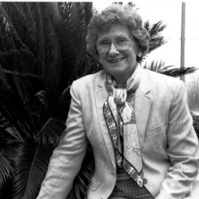 Sally Lockett Taylor, noted botanist, of Mystic, CT, died at home on April 23, 2022 at age 97. She will be deeply missed by her family, friends, and all who knew her wit, deep intelligence, ferocity, and taste for adventure. Sally’s extensive travels have criss-crossed the globe with repeated journeys.  She was a member of the Eastern CT Recorder Society. She had been a member of ARS since 1980.