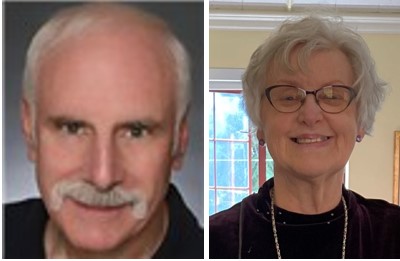 The ARS thanks Jayme Sokolow and Carolyn Wallace, ARS member volunteers, who have called ARS members in need of membership renewal. Jayme called mainly ARS members in the Eastern time zone and Carolyn called people in the Pacific time zone. Their work over the last 2 years has resulted in over 60 ARS members who renewed after their contacts. Because of the phone calls, ARS members saw that someone cared if they renewed or not. Several received gift memberships after the call because they were in financial need. Jayme is an officer and member of the Washington Recorder Society in the D.C. area and Carolyn is a member of the Seattle Recorder Society. Jayme noted: "I owe ARS a great deal for enriching my life, and I am glad to have at least partially paid it back through my serving as an officer and board member of my chapter for 30 years and for assisting ARS."  If you are interested in volunteering to make calls to ARS members who haven't renewed their membership, please contact Carol Mishler (mishercarol@gmail.com) who headed this project for the last two years and also made calls to ARS members.